For Students, Faculty, and Staff: MyU One Stop 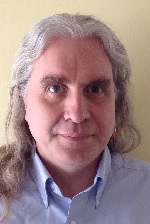 I explore the possibilities and problems of various critical pedagogies for how they can promote and embody radical democracy; and I explore how white people learn to be white in our white supremacist society.

Teaching and learning writing as democracy

My past research focused on the teaching of writing in schools and how this teaching might better serve democratic ends. As a teacher-researcher, I have taught writing in a third grade public school classroom and written about some of the problems and issues that confront teachers and students in writing workshops.

Bakhtin’s writings on carnival and polyphony, and Dewey’s on creative democracy, have helped me examine, criticize, and reconstruct our ideas of the teacher's role, student voice, and community in progressive and critical classroom spaces.

My current research focuses on whiteness and white racial identity—specifically, I am attempting to re-imagine white people as racialized actors in our schools and society.

The dominant ‘white privilege’ framework of much anti-racist work in the United States imagines white people as little more than the smooth embodiment of privilege.  In contrast, my work is grounded in critical whiteness studies and draws especially on the work of the Reverend Thandeka, Ralph Ellison, and Toni Morrison.  I conceptualize white people and their racial identities as profoundly conflicted, as ambivalent, and then explore what this means for our pedagogical and political work with white people in anti-racist and social justice projects.

My work contributes to the ongoing effort to figure out how best to work with white people (in K-12 schools and universities, in teacher education, in teacher development) on issues of race and racism.

Tim_Lensmire_3min from CEHD Academics on Vimeo.

CI 8131 - Curriculum and Instruction Core: Critical Examination of Curriculum in Context. This course focuses on curriculum and schooling in the United States.  We examine curriculum-making and struggles over schooling and its purposes in historical, sociological, and political context, drawing on a series of diverse and sometimes conflicting theoretical and moral positions, including feminist, queer, and Dakota.

CI 5145 - Critical Pedagogy. Critical pedagogy is taken up in this course, not as a single or finished thing, but as a multivocal and unfinalizable word about how we might participate in the struggle against oppression and teach and learn together.  We begin with Paulo Freire’s work and then extend and interrogate our initial understandings of critical pedagogy by reading work by indigenous, environmental, feminist, and postmodern scholars and activists.

CI 5464 - The Politics of Literacy and Race in Schools. This course explores the politics of literacy and race in classrooms, with politics understood both as how power plays out and in relation to creating democratic forms of life in schools.  Bakhtin’s writings on language, Thandeka’s conception of white racial identity, and Ellison’s essays on race and literature are used as theoretical starting points for explorations of how the lives and work of teachers and students in schools take shape in relation to a larger, white supremacist US society.

CI 5422 - Teaching Writing in Schools. This course explores the theory and practice of teaching writing in schools.  Particular attention is paid to gender and race.  We begin by exploring writing workshop approaches to the teaching writing, and then criticize and reconstruct these approaches with the help of scholars working from various critical perspectives, including feminist, critical pragmatist, poststructuralist, and critical whiteness studies.