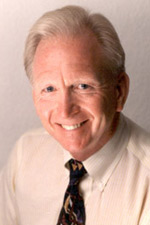 He developed the Prepare-Enrich program, which is used nationally by over 100,000 counselors and clergy. Over four million couples have taken the program.  There are PREPARE/ENRICH offices in 15 other countries and the program has been translated into eight other languages.

The Circumplex Model of Marital and Family Systems is one of the most popular and scientifically tested models for understanding and treating couples and families. Over 1,000 studies have been done using this model and the family assessment tool called FACES, now with FACES IV.