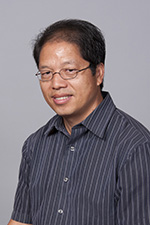 My primary research interests focus on the social and cultural capital that promotes (or hinders) healthy development in children, especially with children of immigrant and refugee families.  Currently, I have two distinct but interrelated projects that try to understand how social and cultural capital influence children’s educational and psychosocial adjustment over time.

The Hmong Children’s Longitudinal Study which tries to understand how children’s (beginning in 3rd, 4th, and 5th grades) social and cultural capital change over time and when do these changes begin to affect children’s psychosocial, relational and educational adjustment. Data have been collected for two waves and participants will continue to be followed for the next three years.

The Perceptions and Experiences of English Learners and Their Family Members is a qualitative study that tries to address the disproportionally high number of Hmong students being placed in the EL (English Learners) program . For example, Hmong students are the second largest EL population in Minnesota (n=19,889) even though they only make up about 2% of the K-12 student population in Minnesota (MDE, 2015-2016; Pfeifer et al., 2012), and surprisingly more than 95% of them belong to the 2nd and 3rd generations (Pfeifer et al., 2012; MDH – Refugee Program). Data from multiple perspectives (parents, children, and EL teachers) will be initiated and analyzed beginning in summer of 2018

Youth for Change (Y2C) – The goal of this three year project is to engage youth and young adults to be leaders focusing on policy work while empowering positive changes within the Southeast Asian communities through policy, empowerment, and advocacy. It is funded by the Minnesota Department of Health. The project began in February, 2011.

Social Networks and Child Adjustment  – The purpose of this study is to examine the impact social and family networks has on children’s adjustment, especially children’s educational achievement. This is an interdisciplinary research project and began in July 2013.


What students can expect from me

Graduate and undergraduate students can expect to be treated with respect and caring, and in turn, are expected to treat others the same. They are expected to help co-create knowledge with me whether it’s through my research or teaching. They are offered opportunities to engage in hands-on research with other team members and community collaborators to find answers to questions that can be used to improve children’s development. As an engaged scholar, students in my courses are expected to work in a team atmosphere, engage in the materials, and be involved in some level of community work.