[The 2016 Tucker Center Film Festival was cancelled due to inclement weather. The film was publicly screened in the month of March 2016 with the Tucker Center sponsoring the event.] 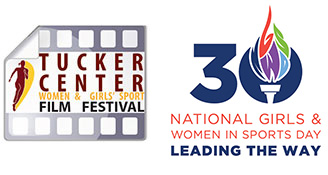 Following the USA Women's World Cup Championship and popularity of women's soccer during the summer of 2015 that broke viewership records, "In the Game," the documentary chosen for the 6th Annual Tucker Center Film Festival(TCFF), reveals how race, class and gender intersect with sport to impact the lives of girls and the obstacles encountered by an inner city girls' soccer team. Unfortunately, the 2016 TCFF that was to be held Tuesday, February 2, 2016 at the TCF Bank Stadium DQ Indoor Club Room was cancelled due to inclement weather conditions.

IN THE GAME is a documentary film directed by Peabody award-winner and Kartemquin Films Associate Maria Finitzo (Mapping Stem Cell Research: Terra lncognita and 5 Girls). This film follows the ups and downs of a girls' soccer team, revealing the very real obstacles that low-income students confront in their quest for higher education. Set in a primarily Hispanic neighborhood on Chicago's south side, Kelly High School is an inner city public school struggling to provide the basics for their students, many of whom do not make it to college either because they cannot compete academically or because their families do not have the financial resources. The girls face an uneven playing field—or in the case of the girls at Kelly High School, no soccer field at all—little or no support, problems at home, uncertain futures, discrimination, and poverty, but remain undaunted thanks to their teammates and the dedicated mentoring of their coach.

In the Game - Official Trailer (2015 Documentary) from Kartemquin Films on Vimeo.

The Tucker Center Film Festival is one of more than 1,000 events taking place across the country for National Girls and Women in Sport Day (NGWSD). Congress has proclaimed this national day each year since 1987. NGWSD recognizes the progress of girls and women in sports and the benefits that sports and fitness activities can bring to the lives of all girls and women.