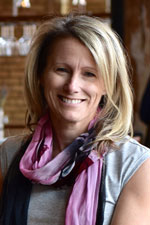 Spring greetings from the Tucker Center.

We likely share in the sentiment with you that 2020 is a year we will never forget! I am happy to report that in spite of a challenging and dynamic environment, the Tucker Team continued our mission to make a difference in the lives of women and girls in sport through our research, education, and outreach. To read about the good work we accomplished in 2020, please take the time to read the 2020 Tucker Center Impact Statement. Thank you to those who support our important work and sincere gratitude to our many partners and collaborators.

Two examples of collaborations with like-minded scholars, advocates, and organizations around the globe to accelerate systems change for girls and women in sport are below. Read on!

As part of our new strategic plan we have brought together a team of multidisciplinary scholars to document and examine the changing elements of the Women’s Sport Industry. This research connects ownership, marketing (e.g., branding, sponsorship, merchandising), digital technologies, strategic communication, community partnerships, athlete voices, and fan engagement.

To highlight how the world of sport is changing, we started a new #disruptHERS campaign and "Stat of the Week" to draw attention to people, organizations, and events that disrupt the status quo in sport.

In honor of #WomensHistoryMonth, we want to celebrate #disruptHERS that are redefining the sports business landscape. One of the most profound disruptions in recent “herstory” is the momentum of women investing in sports franchise ownership.

Collectively, this quick succession of moves by #disruptHERS underscore that investment opportunity exists in women’s sport and that not only men can own sport properties.

Our recent partnership with The Fan Project is one of the many initiatives we are working on to amplify women’s sports and get female athletes all over the world the recognition they deserve.

We encourage you to take 10 minutes and participate in The Fan Project, a fan-powered program dedicated to creating equality and opportunity for women’s sports. To thank you for your support, The Fan Project is now giving away $15 Fanatics gift cards to those who participate!

Score some awesome gear from your favorite female athletes and support women’s sports here. Be sure to follow @thefanprojectco to stay informed and show your support of women in sports today and every day. Together, we can prove the pent up demand that exists for our game and for women’s sports around the world. Help with this project by clicking here.